Paid Leave in the United States 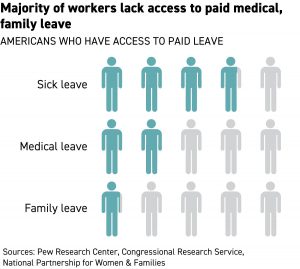 The COVID-19 pandemic brought a new light to this issue, and advisers for former President Donald Trump estimate that having a federal program for paid sick leave could have saved the federal government up to $1 trillion. Now, President Joe Biden is pushing for a federal sick leave program to be included in his $1.7 trillion infrastructure proposal.

See a Politico Pro report on this issue here.